Much like the areas of Beacon Hill and Waterways, a portion of the real estate in Abasand was affected by the 2016 fire. But in spite of this dramatic event, the community has only grown stronger. Private developers and home buyers are determined to help the area rebuild. For those that wish to be a key part of the rebuild, they will be pleased to see that the lower end of the Abasand real estate market is filled with many vacant lots. Although there’s no structure on these lots, many of them are fully serviced and are just awaiting a building to be erected on them.

As well as some traditional single-family detached homes, there are many new-build condos that can be found in the mid-range of the Abasand real estate market. Situated in master-planned communities, a large portion of the condos for sale will be larger than most of the single-family detached homes that previously occupied the land. Spanning more than 1200 square feet, one type of the available condos for sale will feature an attached double-car garage, additional outdoor parking, two bedrooms and two and a half bathrooms. Owners of these condos can expect that all of the condos will meet the municipality’s standards of energy efficiency, and all residents can enjoy the recreational facility that will be situated in the heart of the master-planned community.

Abasand is made up of more than five neighbourhoods including Ravine Park, Hangingstone Place, Hillview Park and Grayling Terrace. Each of the micro-communities has a selection of houses that are situated on peaceful cul-de-sac-style streets. The area’s residents have two schools to choose from for their appropriately aged children. The schools—Father Beauregard and Ecole Boreal—are ranked as some of the fastest improving schools in the entire province. Although the community of Abasand has only has one restaurant, the downtown core of Fort McMurray is not far away. Reachable within less than five minutes by car, downtown Fort McMurray is host to the Northern Lights Shopping Centre, which hosts a variety of stores including food options, large grocery stores and many clothing retailers.

Thanks to the close links to feature-rich areas, some of the most popular family-oriented things to do in Abasand include: 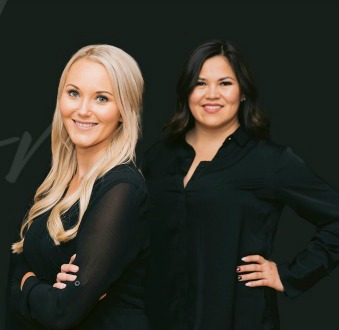